Anyone who owns a dog has probably witnessed them using their noses as a guide, or to identify objects and other animals. Of course, dogs have a sense of smell far keener than humans. Nonetheless, observing their behavior compels us to ponder how life could be different if more attention was paid to the benefits of the olfactory sense.

The sense of smell is not cultivated in modern western cultures like the others, so we forget how truly important it is until an unfortunate reminder—like the common cold—victimizes our poor noses for a few days. We then find out how truly miserable life is without the ability to smell. If humans could not smell, the taste of food would hardly register, we would not be alerted as quickly to potential hazards, and our memory would suffer. 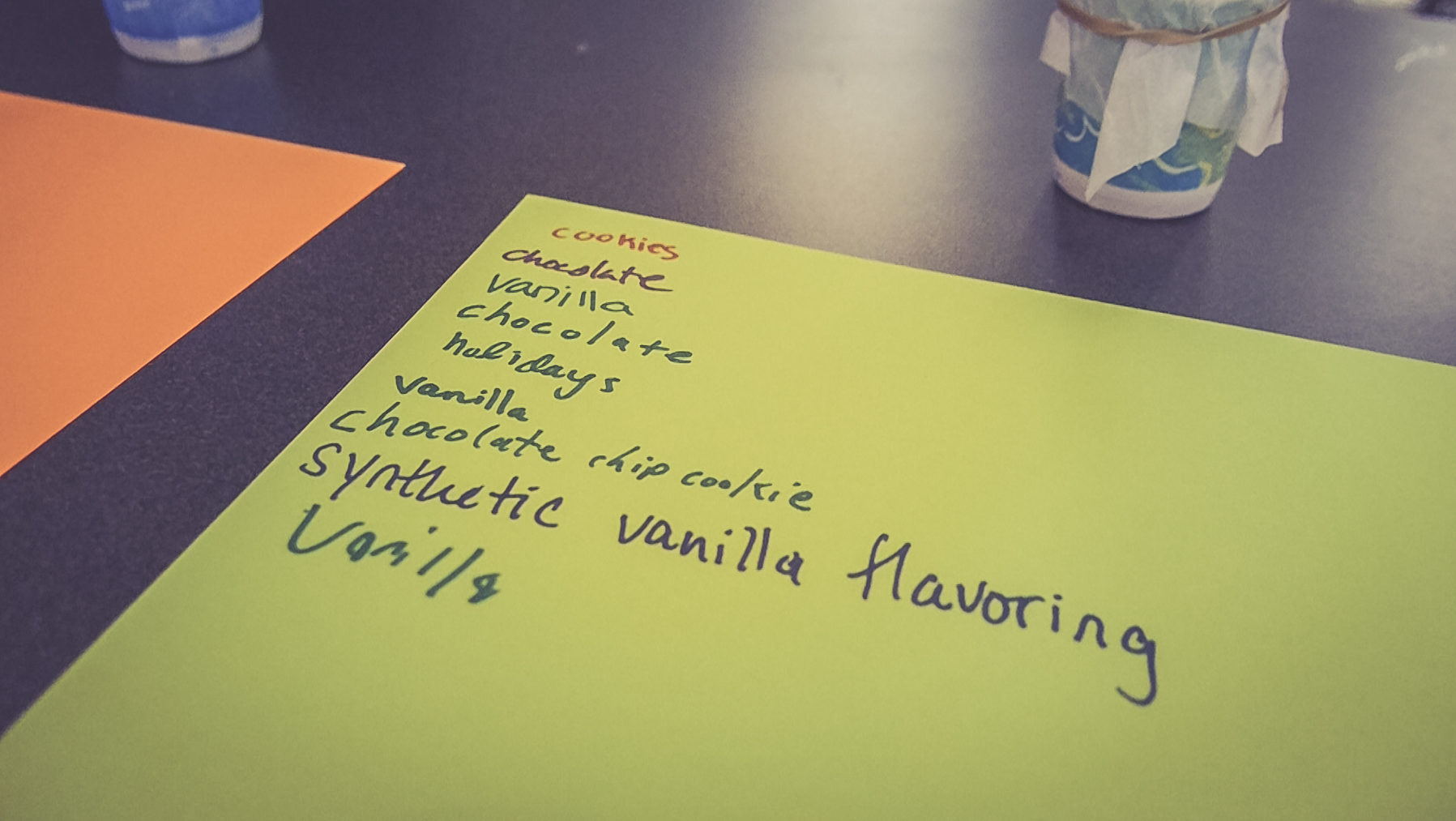 There is a powerful connection between smell and memory, but rarely do we attempt to preserve and catalogue scent in the way we capture moments with a camera or audio recording. So, to revive the relationship between memory and smell, we set up an instillation aimed to conjure emotions within participants based solely on scent.

Fittingly, the experiment was held just a few days after Thanksgiving, which is arguably the most scent-tacular holiday in America. We rounded up common household items and placed a small sample of each into a paper cup, then covered it with tissue. Participants were instructed to write down the first word or phrase that came to mind after smelling the sample. The products were Elmer’s glue, cinnamon, thyme, Dawn dish soap, vanilla flavoring, and shaving cream.

The results were highly intriguing. Some participants wanted to identify the sample, producing a wide array of guesses. While the vanilla sample was mostly identified correctly with the exception of a few participants who believed it to be chocolate, nobody was able to pinpoint thyme. Answers varied from “pencil shavings” to “Greek salad.”

A lot of participants wrote things like “babies” or “grandma” under the shaving cream sample, so the phrase “3rd grade” really stuck out. After finding out what it was, the participant remembered an activity from elementary school where students spelled out words using shaving cream. Another person wrote “Christmas” under the cinnamon sample, revealing how prevalent the scent is during the holiday season.

Just as we suspected, this instillation emphasized how scent has the power to unlock the doors to our memory palace. Use your common scents. You might just find yourself transported to a past time and place, one you did not know it was possible to retrieve.

Cecilia, Grace, Jessie, Magda, Marla, and Nicole (AKA The AUF 6)