In his treatise On the Soul, Aristotle notes that the sense of touch distinguishes living things from animals. Touch is therefore the most basic sense, but our society generally judges it to have less importance than sight and hearing. In our penultimate instillation, we explored how touch can steal the show from other senses.

We asked participants to view a specific sequence of our choosing and describe how they felt while watching it. If you were a fan of Showtime’s Dexter, the television series about a serial killer with a moral compass, then you’ll probably recognize the clip. If not, take a moment to view the show’s opening credits by clicking on the link: Dexter Opening Sequence

Haptic visuality, a concept first articulated by sensory scholar Laura U. Marks, is the physical reaction that occurs when viewing film. The Dexter sequence is a perfect recipe for such a response. The clever imagery is designed to trick the viewer into thinking they are seeing one thing until a subsequent image disproves their assumption. For example, as Dexter goes through his morning routine, close-up images of blood and flesh fill the screen. Creepy! It’s only seconds later that the viewer realizes the blood comes from a minor shaving nick and the flesh is merely breakfast meat. Still, the effect of haptic visuality has already wreaked havoc on the viewer’s senses. 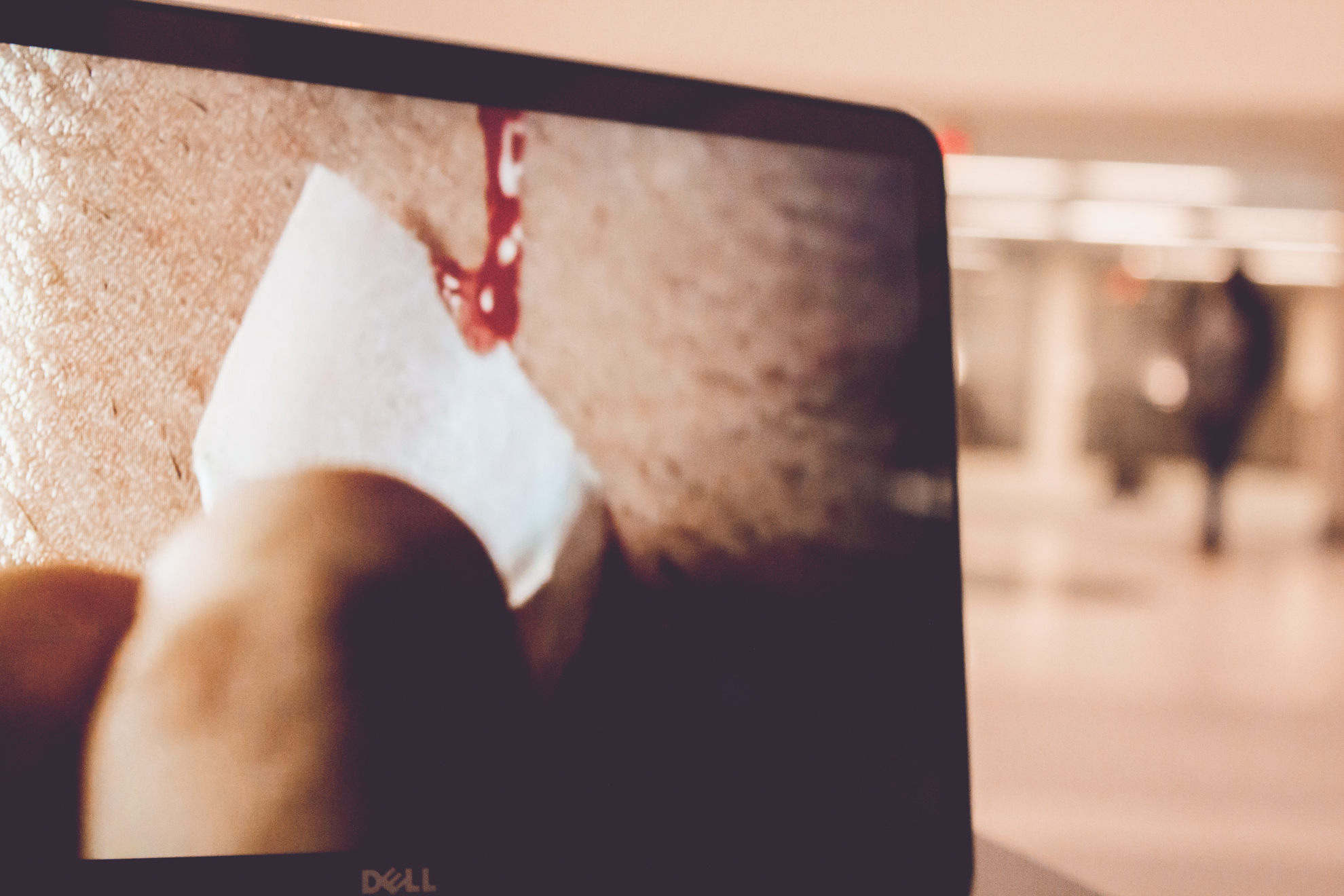 Participants of the instillation confirmed the sequence incites haptic visuality. The first participant had been a faithful Dexter viewer and admitted to skipping through the opening credits to avoid discomfort. Nearly every participant that followed repeated the same sentiment—watching the sequence made for an uneasy experience. And not only was it uncomfortable to watch, but some participants visibly cringed or felt nauseous.

The sequence is full of texture, from the prickly stubble on Dexter’s face to the crushing of coffee beans in a French press. Sight may provide the ability to recognize these different textures, but the viewer only feels the images through haptic visuality. The experience is altered completely, as the viewer is prompted to evaluate their physical presence.